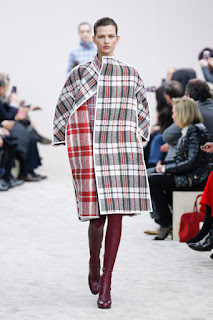 Demna Gvasalia’s Balenciaga Spring/Summer 2017 collection is the most amusing thing I ‘ve registered in fashion sphere since Celine’s set of dresses resembling monstrous plastic-travel-storage –laundry-shopping-bags in 2014. 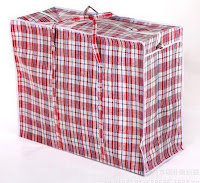 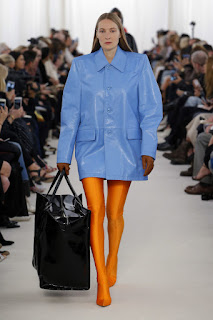 Demna was born in 1981, Tbilisi, back-then Soviet Union Georgia, which to me, being a compatriot from former ost-bloc country, brings somehow his persona to my liking at rather subliminal level.  I might be wrong but it seems to me that his work at Balenciaga accentuates approximation, a mode well known to fashion-savvy yet short of resources, putting together ensembles, which roughly resemble their style aspirations. What else is one going to do when a) in retail there is close to nothing, b) even if there is something, it is effectively out of reach?

Demna made a full circle creating a look that inspirationally feeds on non-affluent but put ridiculous price-tag on it.  Now, those with more or less means, both can look similarly in, regardless the pecuniary worth of their outfits (but those who know-they know). Formula perfectly calculated for success. Subversive? Maybe. In any case, Demna, I (think) I get it. And I love it. 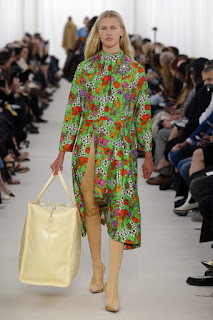 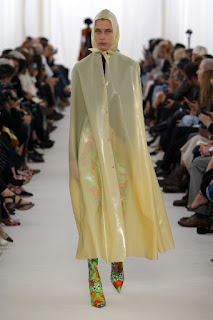 Posted by jurgendapullver at 8:16:00 AM No comments:

My mom has never told me I was beautiful. Ever. Or, at least, not that I can recall. She never set any criteria of (more or less attainable) beauty to aspire for, never engaged in self-praising nor underestimating based on her looks, and rarely did I hear her loose a comment on someone's appearance at all. It doesn't come as a surprise that shopping sprees and make-up counseling, as seen on American TV, have not made it to our list of quality time activities spent ensemble.

It would be a lie to say that it didn't bother me at times. Facing my outlooks out on the world often got me wonder how does she really perceive me (meaning, evaluating as objectively as a mother towards her offspring can get, cause I guess mothers find their kids beautiful by default, no matter what, right?). Basically, I wanted her to boost my delicate self-confidence with flatter based on my appearance, as picked up from watching around, which by means of achieving no success turned into modus operandi of me silently crying out for her compliments yet pretending otherwise.

My mom nevertheless preserved the course. It took me a while to come to terms with it, but now I cannot be more grateful. I finally come to realize that she, in her very subtle and inconspicuous manner effectively managed to distort an ubiquitous “self-worth vs. beauty” pressure burdening women since forever and turned it into a non-issue. Might be a small leap for a mankind, but as a lesson for me - priceless.

Thank you mom.  Love you.
Posted by jurgendapullver at 2:19:00 PM No comments:

You know that feeling when you come back home from a trip or a day at work even and feel like fixing the sheets, watering those plants which are still alive, washing the cutlery left over breakfast, as in an imaginary ritual of reclaiming the space you call yours? People are territorial creatures and marking out one’s milieu is as inherent need as sleeping in on Saturday (or any other day for that matter) morning, equal to foolish hope for tatters of social security for the beyond zenith days.

Being a woman, striving for a place in this world in literal stricto sensu brings me to paradoxical and slightly (to say the least) uncomfortable realization. Society’s message (to women) is that they should take as little space out there as possible. Or how else should I translate the omnipresent obsession with (female) skinniness and clothes overly tight, being cut almost exclusively for female customers?

I admit that recent population growth might come scary and the smaller the dress size, the larger the apartment concept not so out of the place after all. Don’t get me wrong, I don’t advocate for obesity. I call for equality.  How about taking visually empowering stance and fearlessly grab that space we believe to rightly deserve with our outfits? Ladies, it’s high time to reclaim the territory. My all-time resolution from now on is to ball at as spatially significant garments as it goes. Check.
Posted by jurgendapullver at 8:54:00 AM No comments:

Who do you dress for? 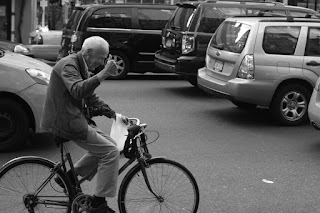 "We all dressed for Bill", said Anna Wintour referring to Mr. Bill Cunningham, amiably looking man touring streets of New York City on a bike, snapping pictures of people who caught his attention. A real pioneer of street style way before it was cool, Bill's uniform to go was always a vividly blue worker's jacket, allegedly due to its durability (and it was cheap too, ha!). The idea of fearless ruler of American Vogue, proud promoter of couldn't care less flair, actually taking into consideration someone else's opinion when reaching for her outfits comes as a real surprise.

It got me thinking about who do we get dressed for really? Besides satisfying own sartorial whims and covering what should be covered, aren't we (sub)consciously unfolding our outlooks based on everyday mini-dramas we evolve for ourselves? If Anna dressed for Bill once upon a time, who did you get dress for today?
a) mom
b) significant other
c) clerk in the bank deciding upon re-financing your mortgage
d) Adam Katz Sinding in disguise taking an adventurous round-trip around post-communist countries? 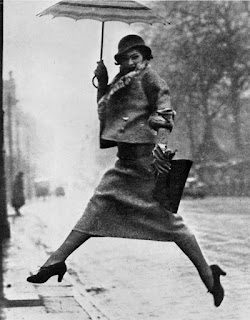 Posted by jurgendapullver at 2:04:00 PM No comments: 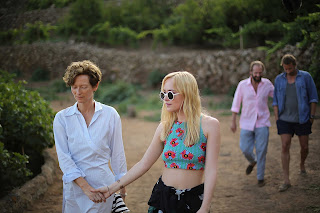 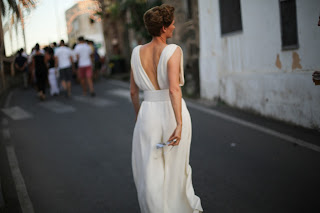 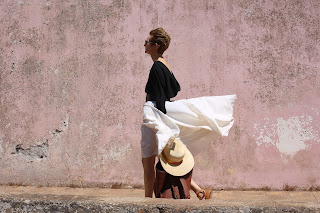 A bigger splash, latest audio-visual deed of film director Luca Guadagnino embarks on well-known territory. Remake of1969's Jacques Deray's La Piscine, it has all in - the sun, the pool, the unbearable lightness of affluent fellow citizens' being, subliminal growing tension and (wannabe) shocking conclusion. Unlike its French counterpart, straightforwardly occupied with interpersonal games of vanity, jealousy and guilt, todays Swimming pool attempts to include in wider current social context, hinting on European refugee crisis. However, strokes of handsome folks wandering in the mist of self-afflicted troubles juxtaposed with pictures of people in true despair feel rather forced and out-of-the place when compared to compact narrative of the original.

Thanks to beautiful scenery and sultry atmosphere one can rightfully count La Piscine among cult classics. When it comes to A bigger splash, I'm afraid the only element bearing label of true classic is the wardrobe of central feature Marianne, designed by no-one else than ex-Dior artistic director, Mr. Raf Simons himself. Mesmerizing as ever Tilda Swinton performs an epitome of modern woman, and her outfits are not lagging her behind.

The overall aesthetics gravitates around classic men's shirt revisited and worn as a dress. Décolletage moved from the front to the back, basing a statement-look of Tilda on revealing her bare back in (nearly) all its beauty. The otherworldly zip-me-in dress resembles a luxurious spacesuit. Homage to Dior's typical "New look" is not missing out either, pulling out full-circle skirt. All the garments portrayed in the film, either long and flowy or more on the tailored side, impress as subtly upscale, yet free of any stiffness, totally wearable and above all comfortable. For Mr. Simons there is no true luxury without comfort, and let me say, hallelujah! Watching Tilda Swinton graciously moving in her clothes makes me thing: "I'll have what she's having"! No complex layering, no hours spent in front of the wardrobe with not-having-anything-to wear sentiment. Just take it off the hanger and put it on mode. Easy as a jumpsuit on Sunday morning... Well done Mr. Simons!

Posted by jurgendapullver at 7:13:00 AM No comments: